Halogen Bulb Ban - What does this mean for your EPC Rating? 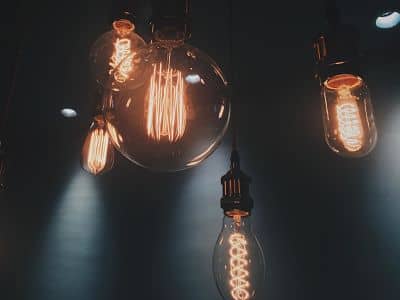 You may not be aware that the EU halogen light bulb ban is now in effect in the UK; as of 1 September 2018. This is the final phase of the ban which has been under discussion since 2009 and led to the banning of halogen GU10 spotlights back in 2016. All the halogen bulbs that many people still use in their homes, with a limited number of specialist exceptions such as oven bulbs, are now illegal to import and produce across the EU. Companies can still sell the stocks that they have but they cannot purchase any further stock.

The changes are intended to ensure that LED lighting is used premises. This form of lighting is the most energy efficient and is also the most cost effective in the long term. As lighting is a consideration for any Energy Performance Certificate (EPC), the banning of less efficient light bulbs is bound to have a positive effect, especially when commercial EPC's are involved, as lighting is more of a major feature in commercial premises.

How does lighting affect your EPC?

An EPC is a legal requirement for any premises that is being newly built, sold or let. It reflects the current energy efficiency of the premises, and includes advice about potential improvements. This advice is beneficial to both residential and commercial property owners. According to the experts at EPC For You, “Carrying out these recommendations can push up your property’s value and, if you are a landlord, you can reassure prospective tenants that the energy rating has been assessed accurately, which brings with it tenants more likely to remain long-term”.

You can see how important an EPC is, and lighting is an important feature, especially when commercial property is involved.

In domestic premises, the number of energy efficient lights are counted in order to determine this part of the overall energy efficiency level. The difference made by replacing light bulbs with more energy efficient ones is not dramatic but even this small difference can lead to a difference between ratings; for instance an E may become a D after the change.

The benefits of the banning of halogen light bulbs are likely to be more obvious in commercial premises where the amount of lighting power used is a lot higher. In commercial premises, the idea of simply counting the number of light bulbs is not a favoured one as it leads to less accurate results and lower ratings. Premises often have full lighting designs in place, or are able to calculate lumen per circuit, which means accurate results are possible, making the use of LED light bulbs an effective cost-saving exercise.

Why is the halogen light ban happening?

You can see that the halogen light ban will have a positive effect on your EPC, as it necessitates the use of more energy efficient lighting. Although EPC's were not part of the reasoning behind the ban, improved energy efficiency was; as was the need to reduce carbon emissions. The light ban is part of a wider ranging project which is aimed at improving energy efficiency across the EU as a whole. The reason that halogen light bulbs have been included is that they use far more energy than LED's and compact fluorescent (CFL) bulbs. They also have a short lifespan. If you use halogen bulbs in your premises, for as little as three hours each day, they are likely to last for a maximum of two years.

What happens after the ban?

You do not need to panic if you are using halogen bulbs in your home. You do not need to get rid of them straight away. However, as retailers are no longer legally allowed to purchase new stocks of the lights, you will have to buy more expensive LED lights or CFL lights when you current bulbs fail. You may think this sounds like a bad thing as the bulbs cost more upfront. However, as we already mentioned there are ongoing cost savings to be made when it comes to energy efficiency.

In stark contrast to the average lifespan of two years for a halogen bulb, LED bulbs can have a life of up to 100,000 hours. This means that you would have to use them for eleven years, on a continual basis, for them to die. LED bulbs are also 80% energy efficient, as opposed to the 20% efficiency level of incandescent light bulbs. It makes sense to combine energy efficient light bulbs with other smart energy devices, in order to save money, protect the environment and improve the EPC rating for your premises.

It has yet to be decided whether the halogen light energy ban will continue in the UK after Brexit, but continuing the drive to use more energy efficient lights makes sense for several reasons. According to research from 2012, each UK home used an average of ten halogen lights for three hours a day. While investing in LED lights may cost more upfront it's estimated that UK homes could make savings of around £112 each year by changing the bulbs they use. These savings could be even greater for commercial premises. It's also important to note that the UK is currently within the EU, so the ban applies. This can only be good news for EPC ratings.